Based on the Gospel Lesson for the 25th Sunday after Pentecost, Mark 13:1-13

Today’s Gospel lesson from Mark 13:1-13 is chock full of prophetic statements by Jesus of Nazareth. It all began because one of His disciples commented about the beauty of Yahweh’s Second Temple in Jerusalem.

King Herod the Great (approximately 72 - 1 B.C.) — the Judean king when Jesus was born — began an expansion and beautification of the Second Temple about 11B.C. Although most of the work was completed in a year and a half, work was still ongoing during Jesus’ years on this earth. The work would not be fully completed until about 64A.D. And in fulfillment of Jesus’ prophecy the temple was destroyed 6 years later in 70A.D. during the second Roman - Jewish war.

Over the centuries the destruction became so complete that today no one absolutely knows where the Second Temple stood. It’s assumed to have stood on what today is called the temple mount, where the Muslim, Dome of the Rock mosque is. But that’s not completely certain because of the fulfillment of what Jesus prophesied — namely that not one stone would be left on another. For that very reason there are difficulties trying to determine the exact temple site today.

Now, many of Jesus’ other prophecies in Mark 13 have come true. He said in Mark 13:5-6, “13. . . ‘Watch out that no one deceives you. 6 Many will come in my name, claiming, “I am he,” and will deceive many.’” While a man named Simon, called Bar Kochba, “Son of the Star,” didn’t come in Jesus’ name, many regarded him to be Messiah. Therefore, he was the Jewish leader of a third Roman - Jewish war between 132 and 136A.D. After Israel’s defeat, the land was devastated, with much of the population dead or enslaved.

Since then there have been plenty of false Messiahs. Most recently, here in New York, some within the Chabad-Lubavitch community within Hassidic Judaism considered the late Rabbi, Menachem Schneerson, to be the Messiah, even though he never considered himself so. Schneerson died in 1994, but there are those in the Lubavitch community who are waiting for his appearance as Messiah to this day.

Jesus also said this in Mark 13:10, “‘And the gospel must first be preached to all nations.’” In other words, before Jesus returns in glory, the Gospel about Him will be preached to all the nations of earth. That’s a lot of peoples, a lot of languages and a lot of territory. But it’s being done.

At present missionaries are forbidden to make contact with the primitive peoples living in the jungles of Brazil. In fact, all outside contact with these peoples is forbidden. But, the Lord will prevail. His Word will succeed. Somehow, at just the right time the Gospel of Jesus Christ will also get to them.

Amazingly, in formerly Christian lands, we’re seeing Jesus’ words come true as written in Mark 13:13, “‘All men will hate you because of me, but he who stands firm to the end will be saved.’” It’s not reported much here, but there’s tremendous vandalism of church properties in France. Bishop Juhana Pohjola is facing criminal charges in Finland because of standard historical Christian doctrine. Here in the U.S. we know that local petty tyrants attack Christian schools because of standard historical Christian doctrine.

Ironically, in Russia and the other formerly communist lands of Eastern Europe, there is a return to Christianity from the atheism once forced on the populations. And it’s a return to historic Christianity.

Now, it’s hard to know which way the U.S. will turn at this point. It’s entirely possible that the U.S. may turn against historic Christianity. In that case, some of us will stand before judges, and perhaps those of higher rank, because of Messiah — just as Jesus predicted.

Unfortunately, at this period of church history in the U.S. there are numerous false prophets and so-called prophets who spout all the latest meaningless buzzwords current among their kind. But as we’ll see next week, Jesus said in Mark 13:31, “‘Heaven and earth will pass away, but my words will never pass away.’” In the sampling of fulfilled prophecy we have looked at this morning, it’s clear that Jesus’ words have, in fact, come to pass. That’s the sign of a true prophet. We’re waiting for the rest to come to pass. Amen.

All Bible quotes are from the NIV. 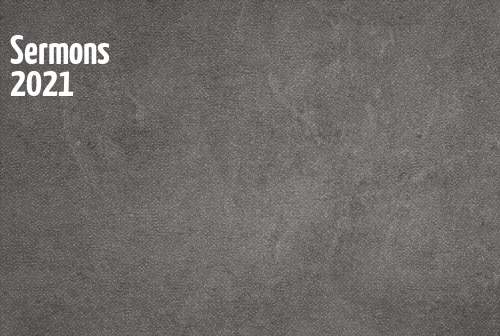 In Its Original Sense

Join us Sunday at